“Can you listen to Audible on Fitbit smartwatch now? I have been using the Fitbit Ionic watch for nearly 3 years. I am satisfied with everything except the absence of the Audible app. I’d like to listen to a story instead of a song in my spare time. Is there any new feature like the ‘Audible Fitbit’ app on the new arrivals? Or, is there any update or new trick that can play Audible on Fitbit Ionic? Any suggestion is welcome.”

As one of the most famous companies in smart tracking wearable devices, Fitbit provides a wide range of products, such as fitness trackers, smartwatches, and so forth. As the representative of fitness tracking wearable, Fitbit Ionic plays a good role in tracking different sports, like swimming, tackle running, weight lifting, and much more. As for the smartwatch, the Fitbit Versa series could be the most versatile device among all of the products that Fitbit company offers.

However, no matter Fitbit Ionic or Fitbit Versa, or other series of Fitbit wearables, there is no dedicated app like the ‘Audible for Fitbit Versa’ app on it. Audible has never built an official cooperation between Fitbit until now. And we don’t know how long will this status quo last.

The good news is that we find a new trick for playing Audible on Fitbit Ionic, Fitbit Versa, and other Fitbit wearables. We have concluded it in the following contents for you to refer to.

Part 1. How to Play Audible Books on Sony Walkman via Audible App

Fitbit is working hard on updating the integrated apps. Before the ‘Fitbit Versa Audible’ or ‘Fitbit Ionic Audible’ app is born, there is only one way to listen to Audible books on Fitbit wearables, which needs users to manually import Audible books to Fitbit.

The premise of using this method is to convert Audible AAX formats to the Fitbit supported audio formats, including MP3, AAC, WMA, and so on. So, now you need is AudKit Audible AAX Converter.Just as its name, this converter is proficient in converting Audible AAX to MP3, AAC, M4A, M4B, WAV, FLAC, and other most-used audio file formats.

Besides, the thoughtful design of the output settings enables you to customize the way to split audiobooks. You can choose to split audiobooks by chapters, by customized hours, or by average segments. With the 100X converting speed, this smart tool is able to convert all of your Audible AAX books to MP3 books in a flash. Then import them to your Fitbit device for listening with ease.

Part 2. How to Listen to Audible on Fitbit Versa / Ionic: 3 Steps

The free trial version of AudKit allows users to convert the first 1/3 contents of an Audible book. To unlock all features of AudKit, you need to upgrade to the registered version. Now just have a try then make your final decision.

As always, download and install AudKit program on the computer. Now make sure your Audible audiobooks are downloaded in the local folder. Then click the ‘Add Files’ button to open the local folder and add those Audible items into AudKit. You can batch load all of your audiobooks without limits.

Now open the “Lossless” option from the bottom on the main window. The settings box will pop up. In there, please modify the output formats to MP3 and change other parameters as you like. You can also change the way to split audiobooks by hitting the ‘Edit’ icon.

Tap the ‘Convert’ icon to start converting. The conversion process will finish soon. After that, you can click the ‘Converted’ icon to find all the Audible MP3 files.

Here we would take Fitbit Ionic as an example to show you how to import Audible books for listening without any hassle.

Step 1. Go to the official website of Fitbit. Download and install the Fitbit Connect app on your computer.

Step 2. Create a new playlist for the Audible MP3 audiobooks in the Fitbit app, iTunes, or Windows Media Player.

Step 3. Make sure both of your trackers and computer are connected to the same WIFI network.

Step 4. Plug the Fitbit tracker into the charger and start to stream audiobooks. Turn on the Fitbit Connect app on the computer. Turn back to the tracker’s interface, find and tap the Music app and choose ‘Transfer Music’. 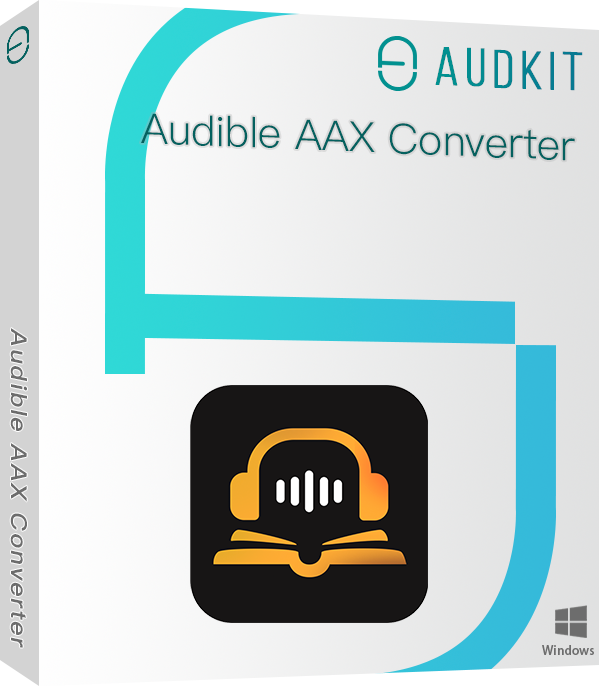 Home » Audible Tips » How to Listen to Audible on Fitbit Ionic / Versa? Solved!