When searching for “Tidal on Fitbit”, you will see a hot topic in the Fitbit community. The request about the “Add Tidal app on Fitbit” was initiated in 2018. And this request has not been responded to for 3 years. Apparently, there is still a long way to get the Tidal Fitbit integrated app.

To play Tidal on Fitbit Ionic or Versa, a proven method is to download Tidal music as Fitbit-enabled files. Then import these Tidal files to Fitbit watches. Fitbit devices now are compatible with 2 input formats: the MP3 files and the MP4 files with AAC audio.

So, the top priority becomes to download Tidal music to MP3. It is high time to turn to AudKit Tidizer Music Converter. This smart tool is committed to downloading and converting Tidal to MP3, AAC, M4A, and many more common formats. With the built-in Tidal web player, you don’t even need to install the Tidal app on the desktop.

Featured as 10X speed and high-quality outputs, Tidizer converts a 1-hour Tidal playlist in 5 mins or so with lossless HIFI quality. The converted Tidal songs are available to add to any type of Fitbit watch for playing without limits.

Part 2. How to Add Tidal Music to Fitbit Versa/Ionic

By following the steps below, you can download and get Tidal music on Fitbit watches. The free version of Tidizer offers a 1-min conversion for trial.

Please launch AudKit Tidal Music Converter on the desktop. Log into with your email and registration code if you have purchased one. If not, try the 1-min free trial at first.

On the home page, open the top-right menu icon. Choose the Preferences > Advanced > Convert. Now, you are free to reset the output format and other parameters like bitrate, sample rate, output path, and so on. Or keep the default Lossless model which is set to keep lossless Tidal sound quality.

The built-in Tidal app is displayed on AudKit’s main page. Please search for the songs you need. Then access it from a playlist or an album and the blue Add Music button will start to flicker. Click it and further select individual songs or select all. Finally, hit Convert to start conversion.

During the conversion, it is available to keep adding songs to the converting list. Once the conversion finishes, please tap the rightmost Converted button. Then you can see all converted Tidal tracks. When moving the cursor to the blank on the right, the Lookup icon will show. You can hit it to access the local folder that saves downloaded Tidal files.

Set up to Fitbit before Importing Tidal Music

This article introduces how to download and import Tidal music on Fitbit Versa and Fitbit Ionic. With AudKit Tidizer Downloader, it is simple to download Tidal songs to MP3 and save them on the local computer. After importing Tidal playlists to your Fitbit devices, you can enjoy Tidal on Fitbit without any limit. No need to wait for the Fitbit Tidal app, no need to worry about the internet situation. Just offline listen to Tidal on Fitbit watches when jogging, swimming, or doing any workout. 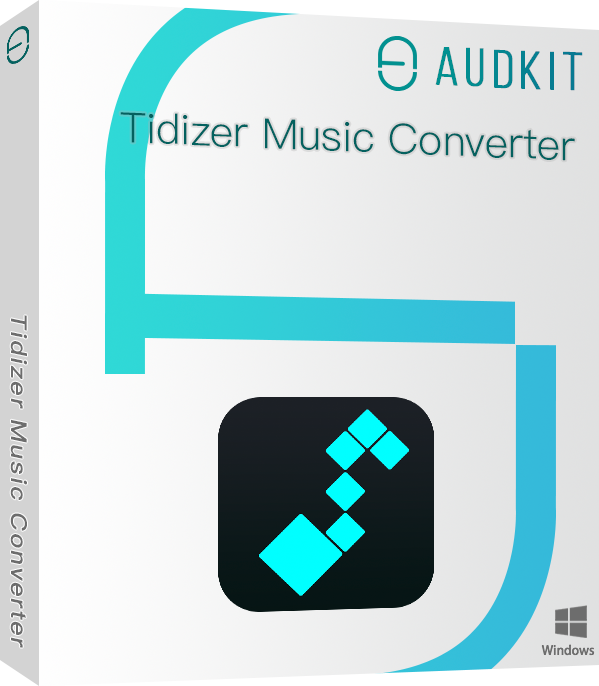